If you\'ve a small garden and are looking for a low maintenance, attractive design, this gallery is for you. Take a look at this range of simple, but effective garden designs from Ken Eccles. Tallaght, Dublin 24
Landscaping

The first job turned out so nice that we called called Ken back to do our front garden as well. 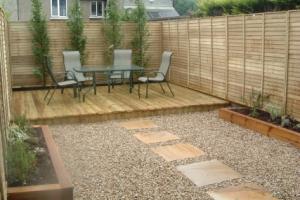 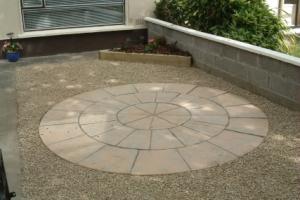 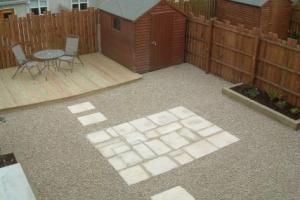 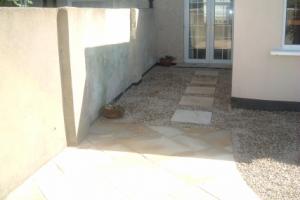 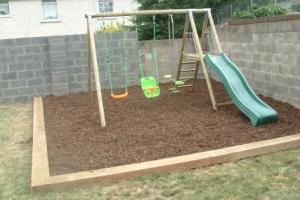 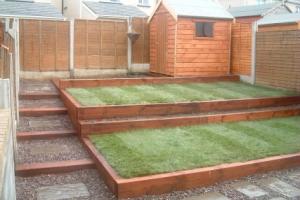 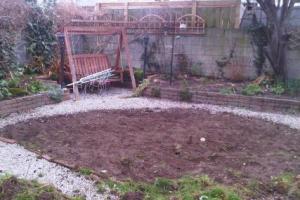 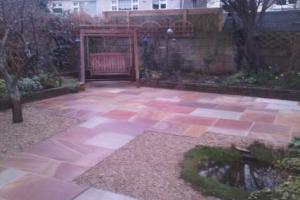 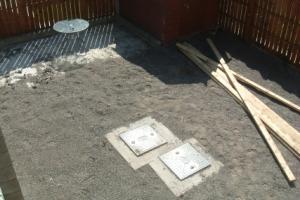 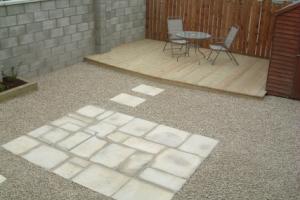 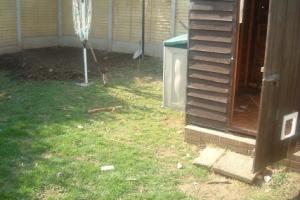 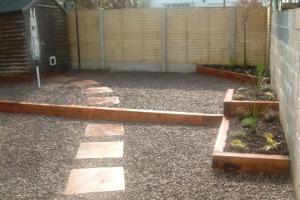 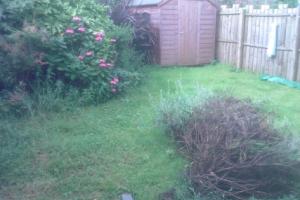 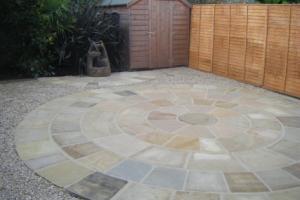 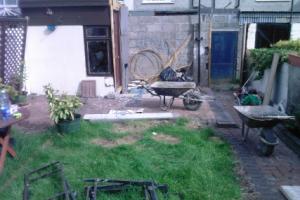 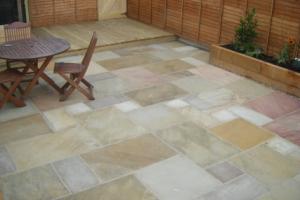 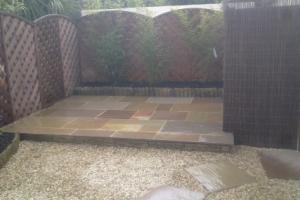 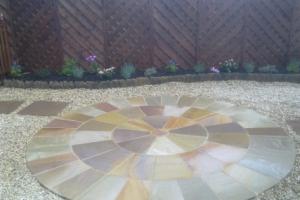 When was the work done?
Ken has done two separate jobs for me. The first job was the back garden area in July, 2010 and the most recent work was at the front of the house in September.

What was involved?
The first job was the back garden which we wanted to make low maintenance. We also had an awful looking small shed that housed the boiler and oil tank. Ken put wood paneling on it and made it much nicer. He also put down gravel, a small wall with flowers and plants and indian sandstone stepping stones. The first job turned out so nice that we called Ken back to do our front garden as well. We wanted something similar to what was done in the back. Low maintenance, small raised bed, wall, stepping stones and a bit of gardening.

How did you choose Expert Decking Landscaping and Patios?
Ken was recommended to us by a woman my wife works with. Ken had done a job for her and she she was very pleased with how it turned out. My wife and I usually use positive word of mouth to choose the people we need.

Had you definite ideas in mind before you talked to Ken Eccles?
All we knew was that we wanted the garden to be low maintenance and to have something done with the oil tank and boiler. We didn't know what could be done about them, they looked awful!

Did Ken introduce new ideas?
Ken took our ideas of low maintenance and came up with some good plans. In the front garden Ken had a great idea. You know when you get out of your car and you have to step into the grass, Ken curved that area in stone and widened it. It turned out grand and now I don't have to step into the garden whenever I get into or out of my car.

How did the project run?
Great. We live in a terraced house so it was a nightmare as far as getting things done because everything was going to have to come through the house to get to the back. Despite that, Ken was spotless and at the end of the day you wouldn't even know that he had been there. He cleaned things up before leaving and started fresh the next morning.

What was the biggest benefit to you of using Expert Decking Landscaping and Patios?
The biggest benefit was that Ken's very particular in everything he does. I also liked the fact that Ken was on time every day and got straight to work. He was never coming in for tea or anything like that, he was very unobtrusive.

What's your favourite part now?
The back garden and the fact that the eye sore that was the boiler and oil tank has been covered up. It's hard to describe, but with the work that Ken did in the garden, it now feels more enclosed and like we're on our own instead of being surrounded by other houses.

Would you recommend Expert Decking Landscaping and Patios to others?
We have already. 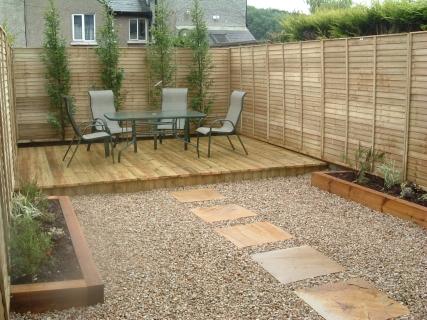 I would advise anyone to contact Ken, he's very good and goes through everything step by step.

The garden is so much more attractive and professional looking than from what it was before.

Ken didn't force his ideas on me - we worked together, and it was important to him that I got what I wanted.

I would say to pick Ken! Getting the right person is 90% of a getting a job done well.

I can see it from my kitchen and my dining room and it's just like, "is this my garden?". I absolutely love it!

I loved the fact that Ken didn't look for a penny until the job was finished and I was happy with it.

Ken got the job done and used his vision too ... I'm very, very happy with the work.

Ken's just very good and doesn't cut corners. Like I said, I'll be calling him back again.

The first job turned out so nice that we called called Ken back to do our front garden as well.

Ken was here every morning right on time and was here until the work he had set out for himself was done.

The quality of Ken's work and his attention to detail was excellent.

We're very happy with the way the garden now looks...It really is lovely.