Our team looked after every aspect of this extensive bathroom fitout for their client - including plumbing, tiling, plastering, electrics and carpentry. And literally nothing was left untouched - the old bath was replaced with a large new corner shower with an electric shower unit, old uneven plaster board was replaced with new, floor and wall tiles were replaced. A custom storage unit was even built on site to maximise the storage available. Walkinstown, Dublin 12
Bathroom renovation 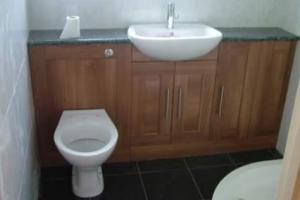 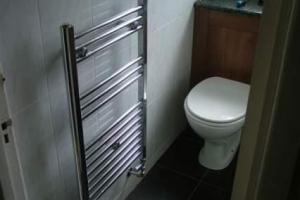 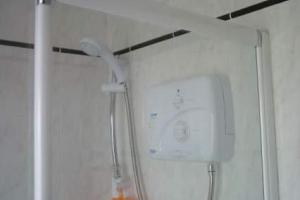 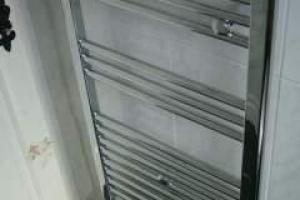 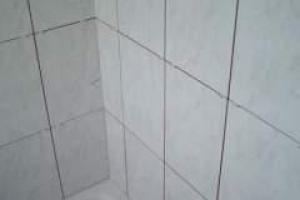 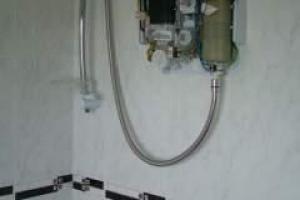 Work in progress. we install a new electrical shower unit. 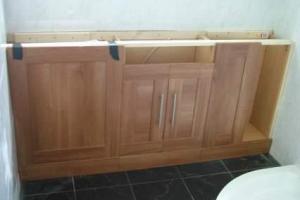 Work in progress. We custom built this wooden storage unit on site to ensure that no storage space went to waste. 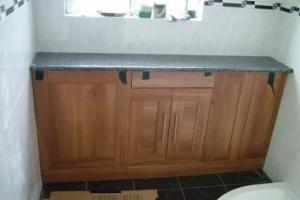 More work in progress. We fit a practical water resistant work surface to the storage unit. 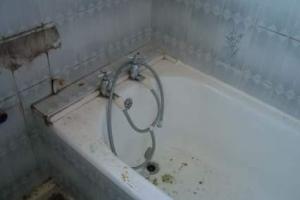 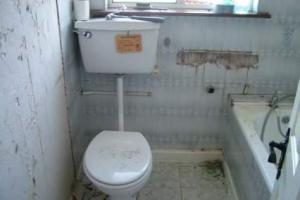 What was involved?
Oh everything, I wanted the whole bathroom redone. I'd tiles taken off, tiles up, the shower in, the bath out, you name it, the complete make over.

How did you choose David Crowley?
It was my daughter who had seen them somewhere, I don’t know where to be honest with you. I had three other quotes, and to tell you the truth I just liked the young fellow, and I just took a chance and it worked out perfectly.

Had you definite ideas in mind before you talked to David Crowley?
Well no, I had an idea I wanted a press, but I didn’t know what kind of a press I wanted.

Did David introduce new ideas?
David gave me the idea for the bathroom press and it is absolutely brilliant, the best thing I ever got.

How did the project run?
David has the tiler, they did everything; they just gave me a price.

The fact that they took down the tiles and took away the tiles, that was important as well. When the job was finished all the rubbish was gone with it. I wasn't left with it. I was absolutely delighted.

What was the biggest benefit to you of using David Crowley?
David gave me the plan and said what they were going to do and they did it; and it turned out exactly like what he said. You know sometimes you’d say, 'oh, will I like it or not?' But I’m amazed at it to tell you the truth.

What's your favourite part now?
I just love the whole bathroom. I have it shining every day.

Would you recommend David Crowley to others?
I would indeed, my neighbours saw it and they're going to get them too. Oh, I definitely recommend David. I couldn't have picked anyone better than Dave.

With Dave I was able get a reliable plumber and project manager who was able to deliver what he said he would.

Reliability and good work. You get what you pay for.

Dave and his lads were prompt. They came when they said they were going to come.