A granite paving project, with lots of details such as guttering and drains where attention to detail was critical. Monkstown, South County Dublin
Service 1, Service 2, Service 3 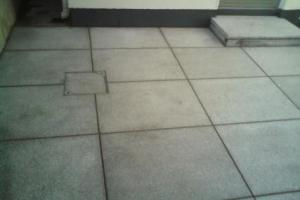 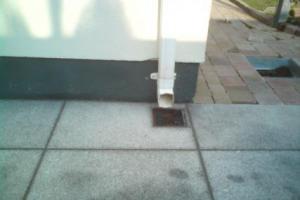 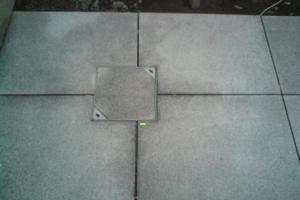 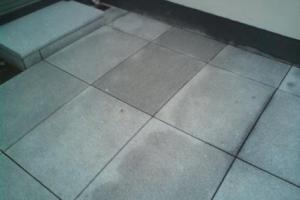 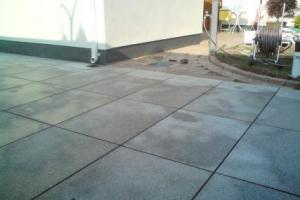 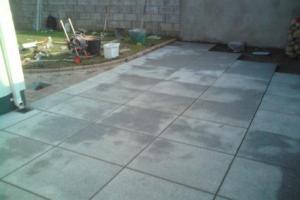 What was involved?
The job was to repave the patio in our back garden with tegula block paving. What happened was we got the whole side of our house redone in granite slabs. It was a very clean, simple job but a lot of work went into it. There were tegula already there, that had to be repaired and run into the granite. The new tegula had to compliment the existing tegula.

A certain amount had been done already, but it was done wrong. The levels were done wrong for example, but Eugene knew what he was doing.

How did you choose Eugene?
I heard about them at a garden centre. We had other landscapers in but they were a disaster.

Eugene listened to the brief. He worked with us. He made changes at the drop of a hat. And when, we got to a difficult situation, he worked with me around the situation, listened and carried it out to the letter.

Had you definite ideas in mind before you talked to Eugene Iarmurati?
I'm an interior designer and my husband is a project manager. I had very definite ideas of the way I wanted. I wanted something very simple and clean. And simple seemed to be very difficult for a lot of people, believe it or not.

Did Eugene introduce new ideas?
Yes, Eugene wasn't afraid to give his ideas. He had an input, but he didn't force it. I found he was interested in the job. When you asked him to do something different, he was hungry to try it.

For example, when we came to say, the granite step, and working in small pieces. Eugene had ideas, and his ideas worked. I felt when I explained things to him. he grasped the nettle very quickly. Even cutting around guttering and things like that, he was very good and very professional.

How did the project run?
Fine, it all went according to plan.

What was the biggest benefit to you of using Eugene?
Eugene was easy to work with. That's one of things that stuck out in my mind.

What's your favourite part now?
I guess when I look out now, it just looks so well. We were very fortunate.

Would you recommend Eugene to others?
I would certainly.

Any tips for other people?
My advice would be to look at a previous job, the last job done by the contractor. 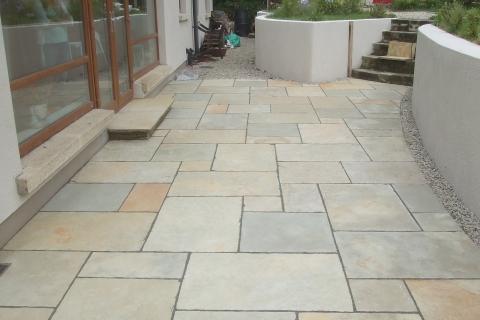 To be perfectly honest, I'm very happy with all of it. Eugene really did what he said he'd do.

Eugene and his team were thoroughly professional in their dealings with us, they did more than what was asked for and the job is 100%.

Eugene's attention to detail is incredible and he transformed my garden.

I really feel like Eugene treated the work as if he was doing it for himself. It was superb.

The garden room turned out even nicer than I could have hoped for.

Eugene was best on price, professionalism and just being someone that you could trust and want to do business with.

I had gotten a tender from another company but chose Genius Gardens because from the outset they seemed more professional.

The biggest benefit was that Eugene was able to do for us what he said he would do.

Eugene's a gentleman and very trustworthy. That's a big thing with me.

One thing I like about Eugene is that he took his time. He was very competent, very professional.